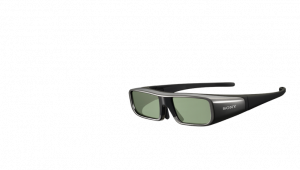 First, everyone at ImportAdvantage would like to wish you happy holidays and a Merry Christmas!

3D TVs are more than a trend; they reflect a substantial shift in television and movie-making technology and an opportunity for new investments in the home theater experience. 3D TVs have been flying off the showroom floors during this 2010 holiday shopping season, just in time for the 30+ 3D movies coming out during the next two years. And with 3D-capable Blu-ray players becoming more readily available and dropping in price, many families will be enjoying more 3D movies in 2011 on TVs popping out of their TV lift cabinet.

The one caveat, however, is that 3D TV- and movie-viewing requires the use of 3D glasses, and with any profitable business model, television manufacturers have found a way to make their 3D TVs specialized to their own brand of 3D glasses. So a Sony 3D TV requires Sony 3D glasses, and a VIZIO 3D TV requires a pair of VIZIO 3D glasses. Where this seems to cause the greatest inconvenience among 3D TV owners is that it limits the number of watchers to the number of 3D glasses one owns, and it may mean that you can’t go over to a buddy’s house to watch Monday Night Football in 3D if you don’t have his TV brand’s glasses. This may change (and has already begun to thanks to “universal” 3D glasses being produced by companies like XpanD and Monster) since the Consumer Electronics Association, an industry group, is still finalizing standards for the emitters in 3D TVs.

With that said, another important factor in promoting 3D-watching is finding the right pair of 3D glasses that are comfortable to wear for two or more hours in one sitting. Before listing a few of the front-runners, it should be known that anybody who wears prescription glasses for TV-viewing may have more difficulty finding the right pair of 3D glasses, and it is highly recommended that you try on several pairs before purchasing.

From Sony, the TDG-BR100/B is a pair that allows viewing on Sony 3D TVs from a wide viewing angle, perfect for those with large entertainment rooms. Also, its battery life is up to 100 hours before needing replacement batteries, so about 20 movies worth.

From VIZIO, the XPG201 Theater 3D Glasses are battery-free and compatible with RealD 3D movie theaters, so you can bring your own to watch the re-release of the Star Wars trilogy.

Lastly, Samsung’s SSG-2100AB 3D Active Glasses are battery-powered features a “staggering” effect, blocking the left lens, then the right lens, which achieves a far more lifelike 3D effect. They are also sleekly-designed and fairly light, which adds to their comfort.

Do you already own a pair of 3D glasses? Please leave your own review here for others to read!