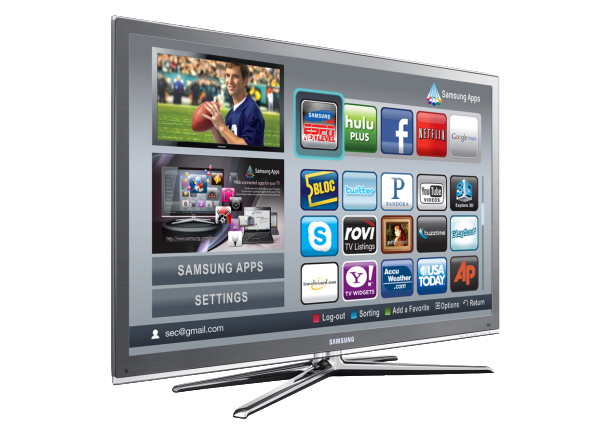 In early December, Samsung hit a remarkable milestone with its apps marketplace on its HDTVs. Since they became available to consumers in March 2010, one million applications have been downloaded. And while there are not nearly the number of apps available as there are for the iPhone (134k+) or Android (100k+), reaching one million downloads for only 200 available Samsung apps means that sales are strong of Samsung HDTVs and that users are liking what they find.

According to Samsung, the most frequently downloaded apps include Hulu Plus, ESPN Next Level, CinemaNow and Texas Holdem. Other popular apps include MLB.TV, Vudu and Netflix. More than half of Samsung’s 2010 line of HDTVs are app-capable, and company resources say they expect more than 6.5 million app-capable units be sold before the end of the year. And by 2012 that number could grow to 20 million.

Samsung’s major competitor in the smart TV market is Vizio, which also offers its own line of app-capable TVs and line of apps. Vizio is the leader in LCD TVs, holding 19.9 percent of the market by the end of the third quarter. Samsung, however, is a close second, controlling 17.7 percent market share. However, Samsung is really growing in terms of number of TV units sold in the U.S. because its line of plasma TVs are doing so well. Samsung plasma TVs represent 19.3 percent market share, which beats out Vizio’s 17 percent market share.

While these two companies continue to battle it out in percentage points, it can only mean one thing for consumers – good deals on TVs getting better. And app producers will only be creating more enticing and useful apps for both manufacturers.

No matter which TV manufacturer you choose to side with, Samsung or Vizio, your LCD TV or plasma TV will look amazing in an ImportAdvantage TV lift cabinet, which is the “smartest” piece of home furniture to ever house a smart TV. Imagine, with the touch of a button your TV will quietly rise from a handcrafted TV lift cabinet and be ready to download and install all the latest apps on the market.